Ponce de León was the first European to sight the Miami area.
In 1513, Juan Ponce de León was the first European man to visit the Miami area by sailing into Biscayne Bay. He wrote in his journal that he reached Chequescha, which was Miami's first recorded name, but it is unknown whether or not he came ashore or made contact with the natives. Pedro Menéndez de Avilés and his men made the first recorded landing in this area when they visited the Tequesta settlement in 1566 while looking for Avilés' missing son, who had been shipwrecked a year earlier. Spanish soldiers, led by Father Francisco Villareal, built a Jesuit mission at the mouth of the Miami River a year later, but it was short-lived. 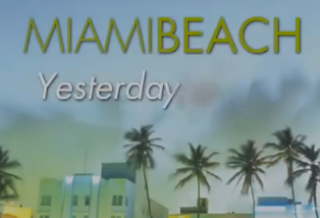 By 1570, the Jesuits decided to look for more willing subjects outside of Florida. After the Spaniards left, the Tequesta Indians were left to fight European-introduced diseases, such as smallpox, without European help. Wars with other tribes greatly weakened their population, and they were easily defeated by the Creek Indians in later battles.

By 1711, the Tequesta had sent a couple of local chiefs to Havana, Cuba to ask if they could migrate there. The Cubans sent two ships to help them, but Spanish illnesses struck, killing most of their population.

In 1743, the Spaniards sent another mission to Biscayne Bay, where they built a fort and church. The missionary priests proposed a permanent settlement, where the Spanish settlers would raise food for the soldiers and Native Americans. However, the proposal was rejected as impractical and the mission was withdrawn before the end of the year.

Ron Abboud is the Executive Producer of Vu Miami