President Obama on Friday, June 15, 2012 announced a temporary policy providing a two-year deferral from deportation for young illegal immigrants who entered the U.S. before the age of 16 and meet several other requirements. 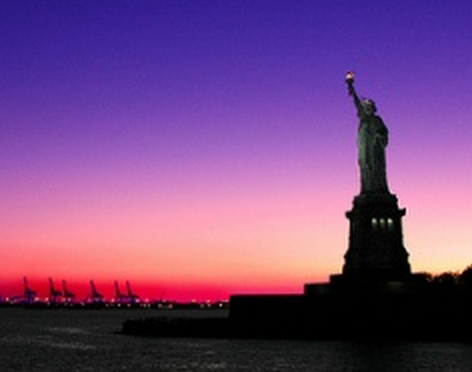 The deportation deferral policy is intended to apply to young illegal immigrants who entered the United States with their parents or other adults. Children born to illegal immigrants while already in the U.S. are automatically classified as American citizens under the 14th Amendment, as interpreted by the Supreme Court in its 1897 U.S. v. Wong Kim Ark decision.

In a memorandum issued Friday, June 15, Secretary of Homeland Security Janet Napolitano authorized U.S. immigration officials to grant a renewable, two-year deferral from deportation for illegal immigrants who pose no security risk and:

* Are not above the age of 30;
* Were under age 16 when they came to the United States;
* Have continuously resided in the United States for at least five years;
* Are currently in school, have graduated from high school, have obtained a general education development certificate (GED), or are honorably discharged veterans of the Coast Guard or Armed Forces of the United States; and
* Have not been convicted of a felony offense, a significant misdemeanor offense, multiple misdemeanor offenses, or otherwise pose a threat to national security or public safety.

Illegal immigrants meeting all of the requirements for deferral of deportation will also be eligible to apply for authorization to work legally in the United States.

Call 212-402-6886 for more information.
Young illegal immigrants are invite to fill out new forms and pay a fee if they want to apply under a new program that would let them avoid deportation and obtain a U.S. work permit. This Invitation came from The Obama administration on Tuesday the 3rd day of June 2014.

Google program, known as Deferred Action for Childhood Arrivals. It can be downloaded from the U.S. Citizenship and Immigration Services website, said the agency's director, Alejandro Mayorkas. Applicants must pay a $465 fee and provide proof of identity and eligibility.

Identity proof and eligibility under the program could include a passport or birth certificate, school transcripts, medical and financial records and military service records and in certain cases sworn affidavits, signed by a third party under penalty of perjury, could also be used.

While the application process may take several months it is advised for the immigrants not to leave the country.

In June the administration plans to stop deporting many illegal immigrants brought to the U.S. as children.

To be eligible, immigrants must prove they arrived in the United States before they turned 16, are 30 or younger, have been living here at least five years, and are in school or graduated or served in the military.

Mayorkas said being approved to avoid deportation "does not provide lawful status or a path to citizenship."

Other Articles Of Interest:
Young Illegal Immigrants Can Defer Deportation
Illegal Immigrants Are Being Shipped To Arizona
Why Are Mega-Mergaers Killing Innovation?
D-Day Invasion
Rihanna's Racy Dress - Is It To Much Or Not Enough?
Don & Soot Zimmer Love Story - The Special Woman
Alien Space Craft