Thursday, June 19, 2014, 6:14 PM -Data from the European Space Agency (ESA) has confirmed that our planet's magnetic field is continuing to weaken.

Measurements made over the past six months by satellites owned by the ESA have confirmed a "general trend" that the field is losing strength with the most "dramatic declines" over the Western Hemisphere.

But the weakening doesn't appear to be happening across the board. Some areas, like the southern Indian Ocean, have seen the field strengthen since the start of this year.

This animation shows changes in Earth’s magnetic field from January to June 2014 as measured by the ESA’s Swarm trio of satellites. The satellites, launched in November, are equipped with several instruments, including cutting edge magnetometers that measure field strength and direction. 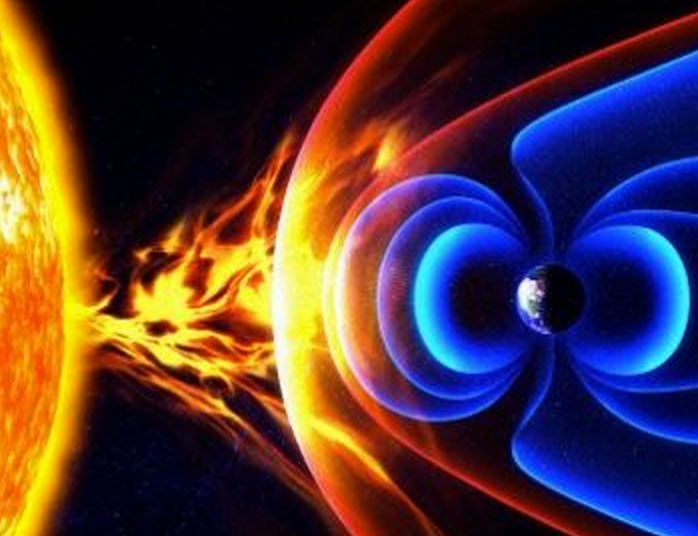 The data collected by the Swarm satellites will help scientists better grasp how our magnetic field works, how it is affected by solar activity, and why large tracts of it is weakening.

The ESA says field can be thought of as a huge bubble, protecting us from cosmic radiation and charged particles that bombard Earth in ‘solar winds’.

Without it, those particles would hammer away at the atmosphere, leaving Earth much like Mars.

The North Pole is also moving, a fact which has been known for over a century, though with swarm, direction and fluctuations can be accurately measured.

Currently, the north end is slowly creeping across the Arctic Ocean toward Siberia. The first high-definition measurements from Swarm have also shown what appear to be weakening regions within the core-generated magnetic field over the western hemisphere, while parts of the southern Indian Ocean show strengthening fields.

The agency says the field is particularly weak over the South Atlantic Ocean – known as the South Atlantic Anomaly. Many glitches or ‘hiccups’ are caused by this anomaly, as satellites are exposed to strong radiation over this area.

All of the observed changes are based on the magnetic signals which originate in the Earth’s core. Over the coming months, scientists will analyze the data to better understand the magnetic contributions from other sources, namely the mantle, crust, oceans, ionosphere and magnetosphere.

Apart from understanding out world better, scientists believe measurements obtained by Swarm will have a number of real world applications, including improving the accuracy of navigation systems, advanced earthquake prediction and better efficiency in drilling for natural resources.