A 53-year-old homeless man was arrested after leaving a string of threatening and bizarre notes for the singer at her New York City apartment. Kevin Mcglynn, who was caught after dropping a piece of identification, was taken into police custody on Thursday (July 24). 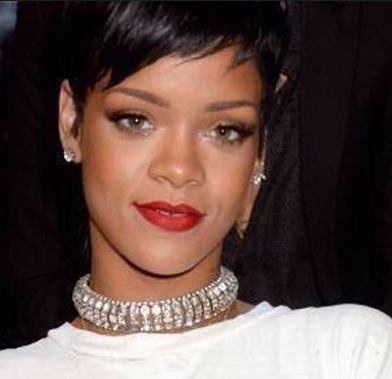 In his letters, Mcglynn repeatedly called Rihanna a “bitch”, and also made threats to force his way into her apartment, according to the New York Daily News. Authorities also say that Mcglynn has previously sent at least four letters to her in California.

The New York Post's Page Six reports he was charged with stalking, menacing and harassment and held without bail after writing a string of insulting notes and delivering them twice on 8 July and once on 1 July.

Rihanna was forced to put her own sprawling estate in Pacific Palisades, California, on the market in May after owning it for just over a year.

The singer secured a three-year restraining order against Steveland Barrow in March 2013, after he broke into the property next door, which he wrongly believed to be her home.

A judge also ordered Robert Melanson to stay at least 100 yards away from the singer's house and, or, place of business, after the 26-year-old male trespasser was caught creeping around on her roof last June.

© 2014 all rights reserved
Posted by Unknown